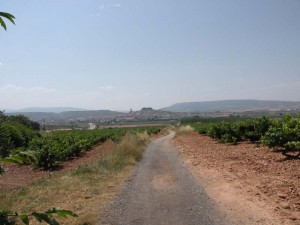 “But I don’t think I can walk that far.”

“You can,” I protest. “The Camino is completely different from the Appalachian Trail.”

This is a sample conversation that I have had with countless potential pilgrims. Believe it or not, some of these conversations have been fruitful (resulting in the person deciding to attempt the popular Camino de Santiago pilgrimage in Europe).

The Camino de Santiago was actually a big part of European life during medieval times. It is said that 500,000 pilgrims per year attempted the cross-continental journey on foot to the great Gothic Cathedral in Santiago de Compostela. At the end of the Middle Ages, the Camino fell out of favor for almost 500 years; but in the last twenty years it has staged a stunning comeback. What accounts for this storied pilgrimage’s continued success?

Since the earliest human peregrinations, people have wondered how to travel more fruitfully, more fulfilling, more soulfully. Interestingly, the word travel is derived from the word travails, which connotes beleaguerment. That brings up an interesting irony–in this day and age of supersonic jet travel and instantaneous electronic communication, it has become harder to travel well. Modern tourism so often seems to be about the destination. One can often subtly hear the frustrations of travelers who return from their long journeys. Deep in their subconscious seems to be the thought, ‘Is that all?’ The hope of the sublime, life changing encounters somewhere along the way usually proves elusive.

Pilgrimages on the other hand are much more about transformation. The nature of the daily routine on the Camino is such that it is virtually impossible to not make authentic relationships. Pilgrims typically walk about 25 kilometers (15 miles) per day, taking a coffee or sandwich break along the way. In the early afternoon pilgrims usually begin arriving in the pueblo of their destination, and reserve a bunk at either municipal, private, or parochial albergues. It is then customary for most pilgrims to take a shower, do their laundry, and perhaps take a shower. In the early evening, everybody heads off to local restaurants, usually looking for taverns that offer a ‘Menu del Peregrino’ (Pilgrims menu). This includes a first and second dish, bread, olive oil, dessert, and red wine (Hint: Bad wine has yet to be invented in Spain). Everyone then heads back to the Albergue for a typical 10:30 curfew. 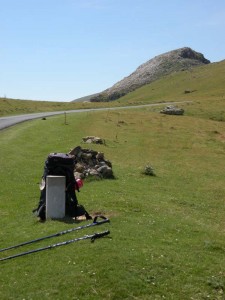 At almost all times, a person can expect to be surrounded by fellow pilgrims, hailing from countries the world over. It virtually impossible to not make some acquaintances. Better yet, these will not be the superficial ‘waiter-customer’ or ‘desk clerk-guest’ conversations that typify more conventional travel, but rather more authentic human interactions. Relationships just develop naturally and organically on the Camino. I spent a large amount of time joyfully traipsing through the Spanish countryside with a large group from Paris. Of course, the cultural rivalries and differences of French and Americans are legendary; but the Camino reaches beyond such narrow concerns.

Perhaps the best part of the Camino routine is its sheer balance. It is a compelling daily equilibrium of struggle, socializing, spirituality, history, food, and wine. Besides being a  babble of languages, the Camino casts the widest possible net in terms of age, abilities, and gender. I’ve seen pilgrims as young as six (which make for great photos), as well as pilgrims in their eighties struggling valiantly to Santiago de Compostela.

While the Camino is certainly not an easy trek, it is clearly less difficult than America’s trail of the masses, the Appalachian Trail. For starters, it is a much more manageable size (500 miles to 2,180 miles). Better yet, pilgrims carry less weight, you never feel terribly isolated or fear getting lost, and there is no serious danger from either rabid animals or crazed humans. The Appalachian Trail has made great progress in gender participation, but the Camino de Santiago is probably the only popular footpath in the world where women equal roughly half the participants.

And given that women are the fastest growing segment of adventure travel, I would look for women to eventually outnumber males on the Camino de Santiago.

The bottom line is this: If you like people, you will love the Camino de Santiago. This is all very fitting. While modern pilgrims have all kinds of motivations, the fact is that this storied pilgrimage has Christian roots. And Christianity by its very nature is a religion of the masses. Absolutely no one is excluded as, for instance, the Islamic pilgrimage to Mecca which requires its pilgrims to be members of the Muslim faith.

The modern Camino almost reminds me of a grand social experiment. Sizable chunks of humanity are thrown together for intensive several weeks of travel on foot. I can honestly say that I have been struck over the course of my three pilgrimages at how civilized the vast majority of pilgrims are able to comport themselves over such a lengthy journey. In fact, it is striking how much less coarse language one hears or gawdy acts are committed on this pilgrimage compared to the other footpaths I have walked.

Yes, this old-new way of travel is here to stay. Let the masses go forward.

Bill Walker is the author of The Best Way – El Camino de Santiago He is also the author of Skywalker–Close Encounters on the Appalachian Trail and Getting High–The Annapurna Circuit in Nepal.