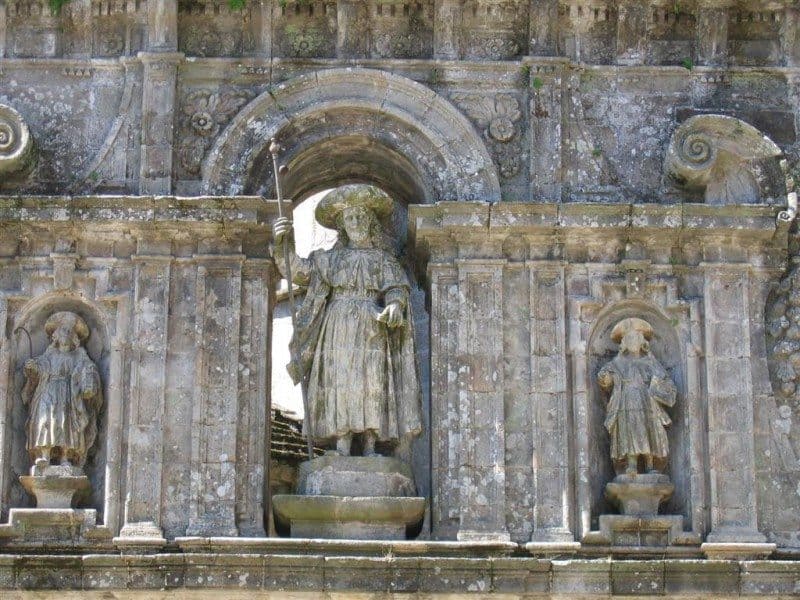 The first thing that comes to mind when I ask myself what is a pilgrim is Canterbury Tales and Chaucer’s partying crowd, or of Homer in the Odyssey.

I associate the words pilgrim and pilgrimages as belonging to a bygone era.

Going on a pilgrimage in the middle ages was often the only form of travel that was acceptable, therefore, those seeking adventure could legitimately travel across countries.

It is said that the purpose of pilgrims was veneration, asking for heavenly help, or to know God better.  This definition really only fits modern religions where there is one God and not many.  Greeks in the pre-Christian era believed they knew their Gods well – they had human traits, what defined them as Gods were their supernatural powers. 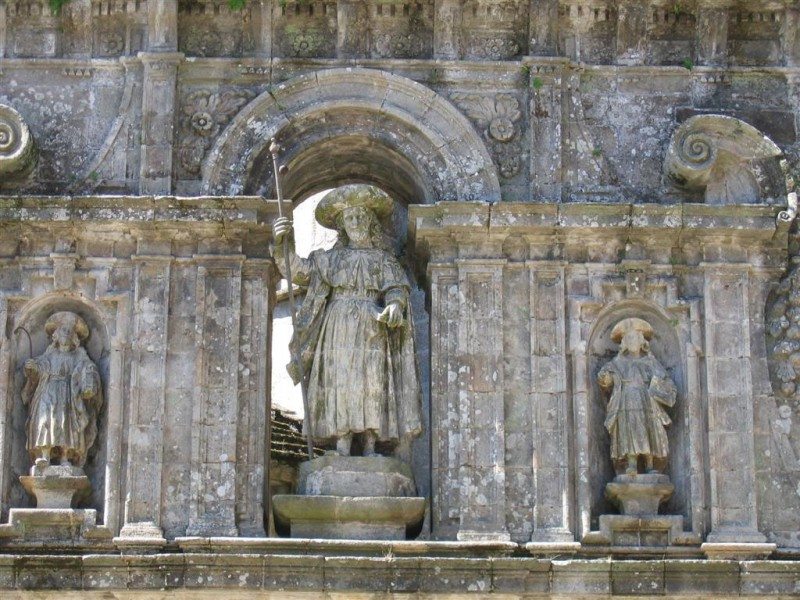 From online sources I find the following definition:

being a pilgrim is commonly known as someone who travels to a foreign land to visit somewhere of religious or historic importance.

But how does that fit with being Spanish and walking the Camino Frances – meaning that you never leave Spain?

The following is my idea of what makes a modern day pilgrim. 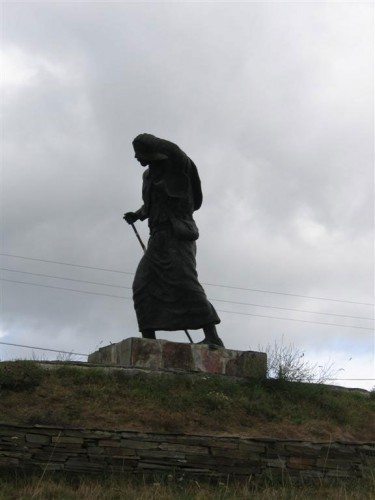 I believe the purpose of the journey is important to Pilgrims.  When I first started walking my first Camino I found it difficult to see myself as a pilgrim – though I would be referred as one by locals in Spain as I passed by.

I now see that I was not a pilgrim at the start of my journey.  I had set off to France, then Spain with the purpose of some adventure travel.  I had no commitment at the start to finish the journey, and the tales of St James did not touch me in any way.

Just walking every day for long distances changed my state of mind.  The internal noise that I live with daily quietened and peace flowed – in a way that in itself is quite incredible as I am not someone known to be in a state of peace – at least back then.

I began to read more about the Camino as I walked.  I learned some of history, I listened to others talk about continuing their journey when they no longer had the yellow arrows to follow, what then?

In retrospect, with the right attitude, I found the Camino as a pilgrimage life changing – something I have written about a few times here already.

Does a Pilgrim need to Travel?

I lived in Ireland for many years and walked frequently in an area south of Dublin called Glendalough – it is beautiful. This is still a pilgrimage site for some.  However, I would find it slightly amusing to think of myself going on a pilgrim to a place that was less than an hour away.

But, again my purpose was hill walking and not spiritual or religious.

Many in Ireland travel west to Croagh Patrick on the last Sunday in July to make a pilgrimage to the top of the mountain; some walk in bare feet.  Apart from those walking in bare feet, it is hard for me to hear someone saying they were on a pilgrimage there – perhaps I need to open my mind a little…

Leaving Behind the Comforts of Home

Often being on a pilgrimage evokes images of living with much less for a period of time.  So what do I or others think about those on the Camino that stay in hotels every night, have their rucksack transported, or even only walk the minimum distance?

My gran used to go to Lourdes on a pilgrimage with the church every few years.  We lived in Glasgow and there would be 40 or so getting on the bus on Monday morning and coming back on Friday – they drove to the south of France and stayed in Lourdes for a couple of nights and then endured 24 hours or so for the drive back home. For my gran, I believe this was more adventure travel even though she had her belief in a God, but I think she used the opportunity to get away for a while.

If she had stated that her purpose was being a pilgrim to Lourdes, even internally, perhaps that would have been different.

It is also believed that a pilgrim is someone who travels a considerable distance in carrying out this goal while leaving behind the comforts of home.

Does this automatically bar anyone living or born in Santiago de Compostela from walking the Camino as a pilgrimage?  It is an odd though isn’t it, leaving home, going to St Jean Pied de Port, and walking home as a pilgrimage?

But they are walking a considerable distance and leaving behind the comforts of home.

It is easy for me to see the Camino as a pilgrimage, I travel to a foreign land, I don’t understand the language, I carry all the belonging I need, and eventually, I finish at a Holy place after walking for a month.

I believe my problem with the words and idea of pilgrim and pilgrimage is due to not being brought up attending any church.  Atheism to me was not something I had thought much about until I attended NUIM, which is still a catholic university if you study philosophy. One of the results was my atheism becoming quite militant. (And I do think atheists can be spiritual)

However, after walking the Camino the last time I felt a bit more like a pilgrim. I had walked from Roncesvalles to Santiago de Compostela. During that walk, I carried all in my rucksack for just over four weeks. I became ill, and once I had to be treated in hospital, and for my own private reason, it was very important for me to finish – I continued, doctors gave me painkillers in order for me to finish. 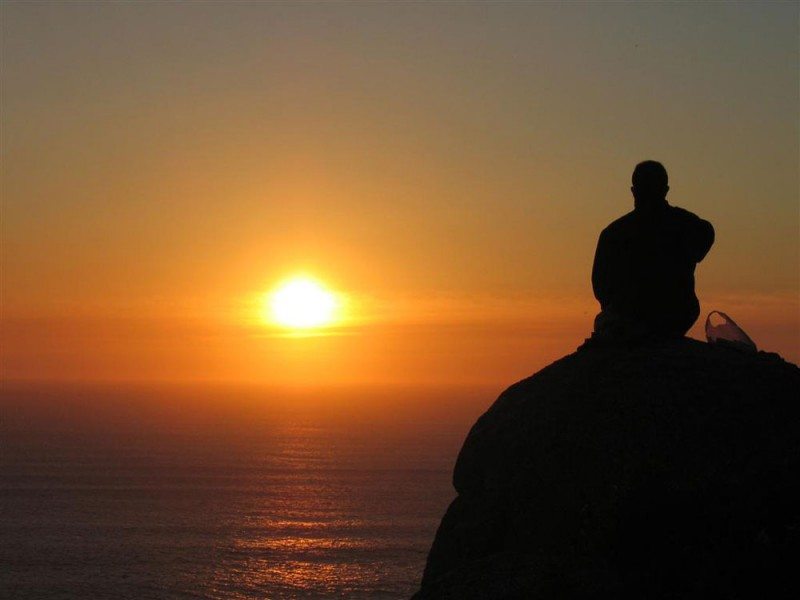 So I guess for me being a pilgrim is a state of mind. If I felt like I was on holiday on the Camino, I don’t think I would have felt like a pilgrim. I had a task to do, walk to Santiago, and I was quite focused on that task – while at the same time I believed a result of this pilgrimage is that something about me would change – most likely in my mind.

Many people I spoke to on the Camino were looking for answers to their current problems in life or a way how to make a decision at their current crossroad. I don’t know if it does help in that way, however, it does give a time out and show that life can go on while those problems still exist.

I see the actual travel now as the pilgrimage, not the arrival.  For me, this is where I connect with people and learn more about myself – my ego and motivations.

What a Pilgrim is Not

I had some naive and unrealistic expectations on the Camino. I set out with the idea that everyone, as they were on a pilgrimage, would be kind, patient, and tolerant with others.

I am fond of saying when describing myself, if you take a grumpy guy from Glasgow and put him in Dublin – you are likely to still have a grumpy guy. (This was one of my first big signs that I had to change, not the world)

The last negative I will touch on is some pilgrims expecting everything to be free for them.  I don’t know where this belief comes from, a pilgrimage was never cheap.  In the middle ages, villages would save money just to send one member of the village on the Camino to Santiago.

It is not free, never has been, and likely will never be.

So What is a Pilgrim?

I have really rambled a bit here usually I find it quite easy to write – but answering this question is perhaps fairly simple and that would have meant for a very short post.

I believe if someone says they are a pilgrim on a pilgrimage – then they are.

What do you think, tell me below where my thinking can improve, why did you walked the Camino, or what are your thoughts on pilgrimage.

I love hiking, backpacking, and camping. From the Camino de Santiago to the West Highland Way in Scotland or simply a great day hike on the weekend. Hiking refreshes me, my mind, and keeps my body reasonably fit. So far I have walked three Camino routes and many other long distance hikes in the UK, Canada, and around the rest of Europe. One of the best was my hike up Ben Nevis. 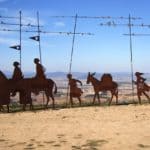 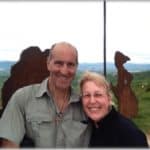 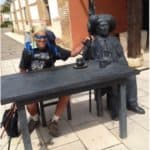 Middle Section of the Camino Frances

CaminoAdventures.com is a participant in the Amazon Services LLC Associates Program, an affiliate advertising program designed to provide a means for us to earn fees by linking to Amazon.com and affiliated sites.