Leaving El Burgos Ranero there is a choice to two routes, both routes are very flat and easy walking.  This village was not originally on the Camino Frances, but as we have seen already the route has moved slightly over time.

Be aware that there are almost no villages this day until 5.6 km before your destination, so fill up with water and carry some food; on the road route there is a village called Villamarco after about 8km but it is about 600 meters off the Camino.  There are not many days like this, as you will have seen the Camino twists to go thorough almost every village near its path, which is great for refreshments and places to stay; however today you don’t have guaranteed water for 12km on either route.

Route 1: This route is the most used by all, cyclist and walkers, it is the easiest underfoot as the other path can be quite rutted.  This path was specially constructed by the local government.  Leave El Burgos, at the end of the village go straight on past the pond, this will lead you onto a tree lined route, perhaps because of the trees it is more attractive during the hottest months of July and August.  The route is purpose built and for that reason there is a water fountain about half way along, but don’t depend it it working, and there are various benches to rest on at various points.

Route 2: This was my choice of walking route.  At the pond there is a road that goes back down to the

Roman Road across the rail line, this route is known as the Via Traiana.  The Roman Road is slightly longer, (2km), but a lot more peaceful as it is far from the road until towards the finish. For me I prefer not to be walking beside the road all day, but it does not happen often.

Both routes run parallel to the railway and sometimes the noise of traffic can be heard from the motorway nearby.  The area is a wheat growing area during the summer months and during the winter the sheep are brought down here from the hills.  The route is generally very flat with a few gullies, but nothing that is in the least bit challenging.

Villamarco:  this small village is about two thirds of the way to Mansilla, about 8km, however it is not on the way and you will have to leave the Camino to walk south to it.  It can only be accessed if you are walking the Road route and not the Roman Road.

If you are travelling the Roman Road there is a small road off to the left into Reliegos.  Most people if they follow this route into the town then continue after refreshments on the main path to Mansilla de las Mulas which is another 5.6km, a Castilian league. 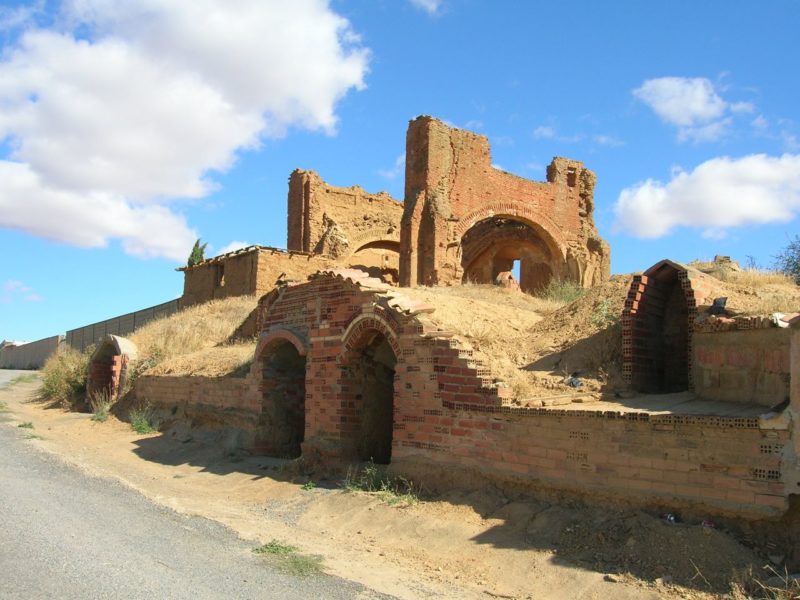 Reliegos was called Palantia by the Romans, the village was a junction where two long Roman routes met, the Via Traiana and the road from Tarragona, today it is a crumbling village with just over 200 inhabitants.

There is a tourist office at 16 Calle Masones, they can provide a town map and a city map for Leon. Mansilla was a Roman settlement and town, on the banks of the River Esla, which is noticeable from the town plan with its east west / north south streets.  The towns connection to Mules is an English language mistake, however it was known for its cattle and horse markets from the 10th century, shortly after it was taken from the Moors and repopulated. The two Camino routes enter the town at different points, the Camino Real, (Road Route), enters via the south gate, Puerta de Santiago, which has lost its arch; the Roman Road route enters via the east gate, Arco de los Concepcion, which is the only town entrance with an intact arch. Much of the original town walls, (built by Fernando II of Leon in the 12th century), are intact and at some point you can walk along them for great views.

The parish Church of Santa Maria is 18th century, however inside the church there is a 13th century Christ originally from the Cathedral in Leon. The retablo illustrates both Baroque and Renaissance elements arranged in an unusual circular fashion. The church also has a small museum which contains a various statues, one of San Roque as a pilgrim.

The 14th century Church of San Martin was a ruin, however parts of the original walls have been incorporated in the new building the Casa de Cultura.

If you decide to have a rest day in Mansilla nearby, about 10km north, is located the best preserve red Mozarabic monastery in Spain.  It is believed that Alfonso III built the monastery for monks fleeing persecution, however a Latin plaque at the building suggests the monks built the monastery. 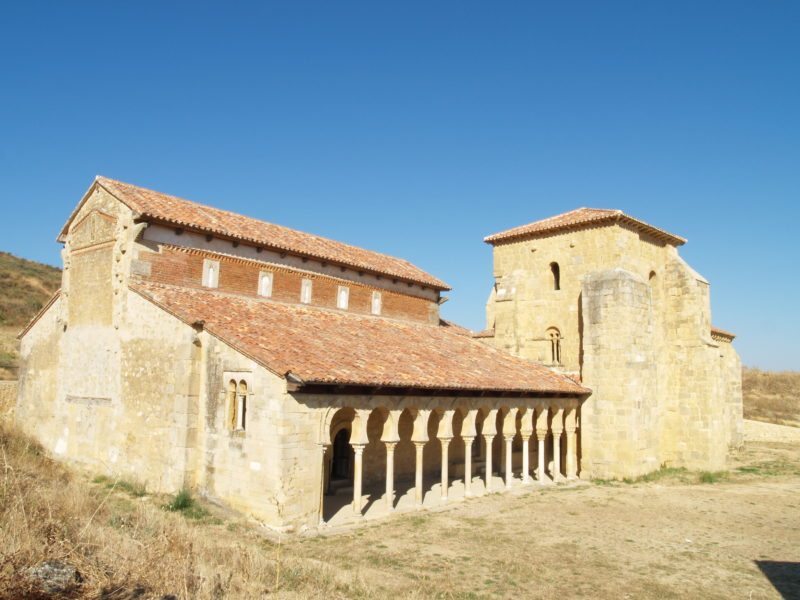