Semana Santa (which translates to Holy Week) is a Spanish festival that takes place in the days immediately preceding Easter. The final day of Semana Santa is the day before Easter Sunday, while the festival itself can last anywhere from one week to two weeks.

During Semana Santa, Spanish towns and cities play host to parades and processions presenting the crucifixion and resurrection of Jesus.

Semana Santa is celebrated throughout many different countries. But in this article, we’ll be taking a look at Semana Santa in Spain. In Spain, it’s the biggest religious celebration of the year – even bigger than Christmas. That means public holidays, fun, frivolity, eating, drinking and a whole lot of energy.

How Old Is The Tradition Of Semana Santa? 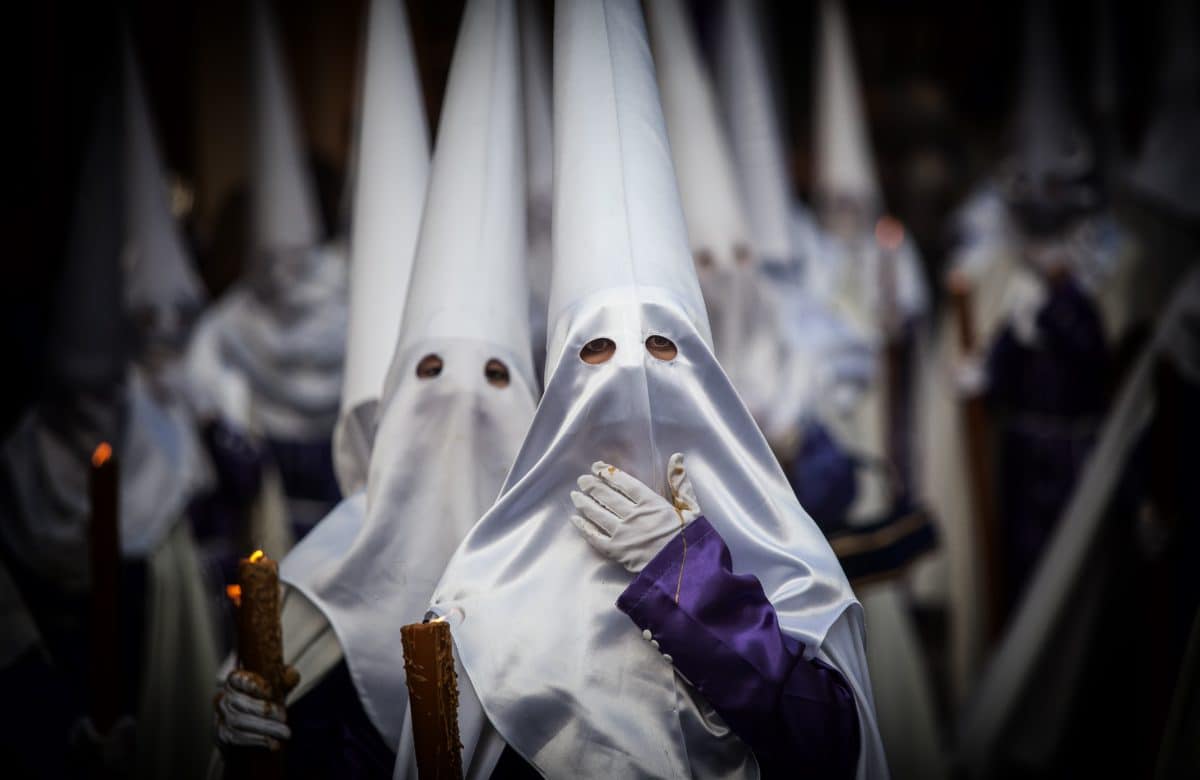 The tradition of Semana Santa dates back to the 16th Century, when the Catholic Church decided to begin explaining the resurrection story in a way that a normal person would understand.

The tradition has continued ever since! In some cities, the celebrations are very archaic and traditional, while in other cities, a colorful carnival-like atmosphere has become the norm.

What Happens During The Semana Santa Celebrations?

The celebrations vary depending on where you go. Generally speaking, all celebrations share many common themes and events: 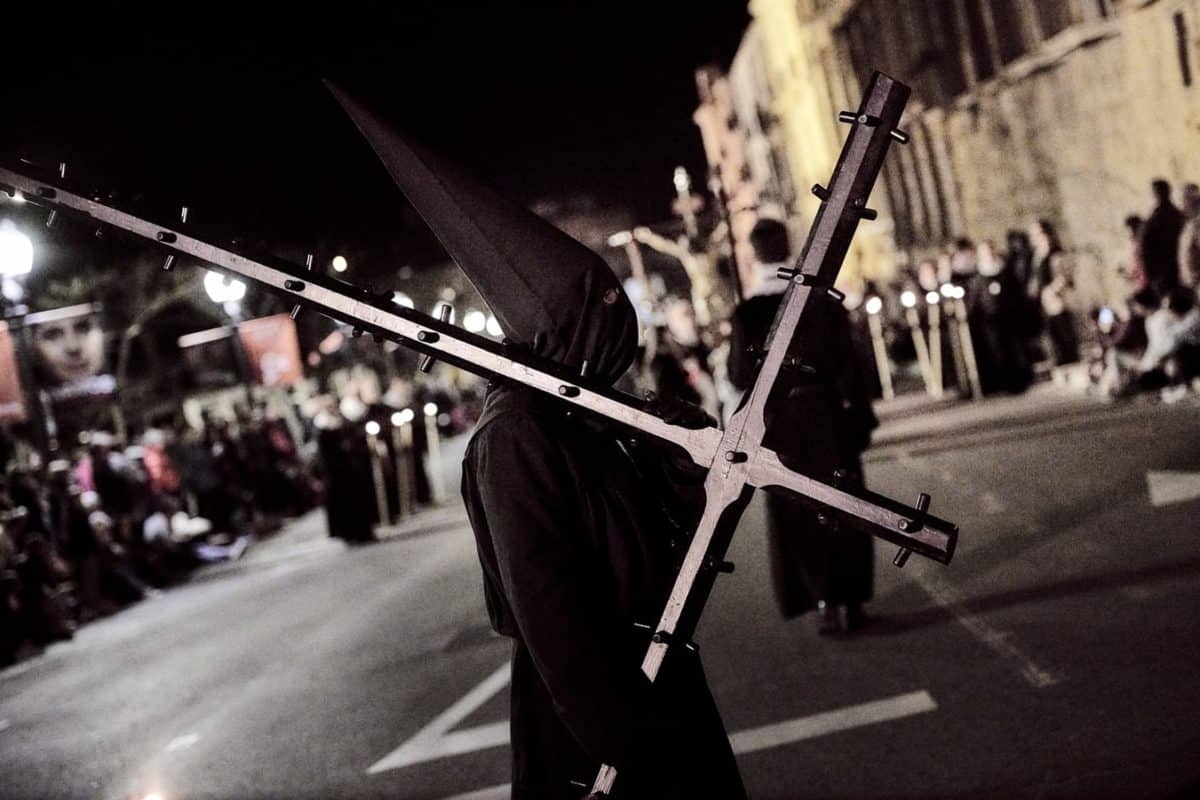 These processions are led by a giant cross. Behind the cross are robed figures, parading from their church to the city’s cathedral.

Those taking part in the processions wear the traditional ‘capirote,’ a tall, cone-shaped hat that covers their faces. Though it looks like a Ku Klux Klan hood, it bears no relation at all. Those parading also wear belted robes.

During these processions, the walkers typically carry large floats depicting Jesus, or Mary, or both. The floats also hold candles and flowers. Some of these floats are hundreds of years old and have been carried through the streets year upon year.

During Semana Santa celebrations in Andalusia, there’s music at every turn. And when there is music, it’s big. This music is usually played by marching bands, who chime out their religious orchestrations with vigor and volume.

If you’re a fan of music, this is some of the most grandiose and overwhelming you’ll ever hear.

That said, other cities’ celebrations are largely silent affairs. 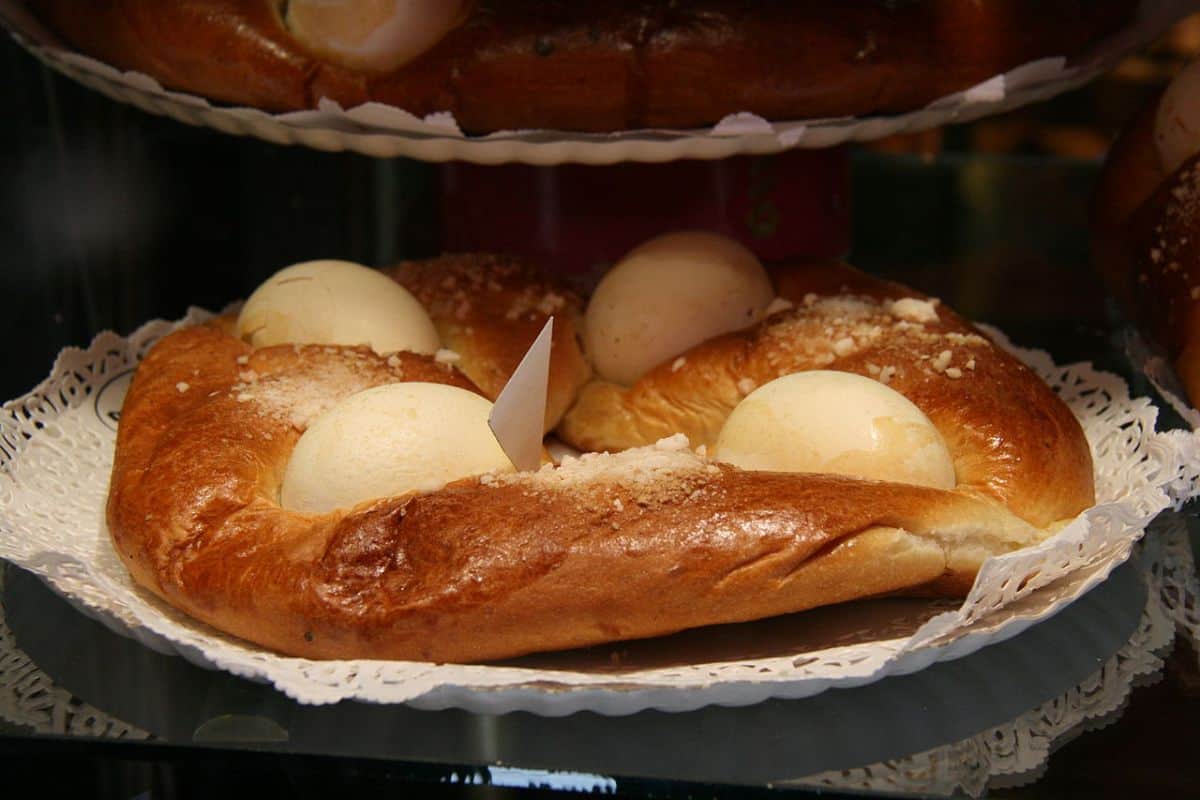 Food is a huge part of Spanish culture, and Semana Santa, of course, offers delightful and delectable treats exclusive to the week:

Where Should I Go For Semana Santa? 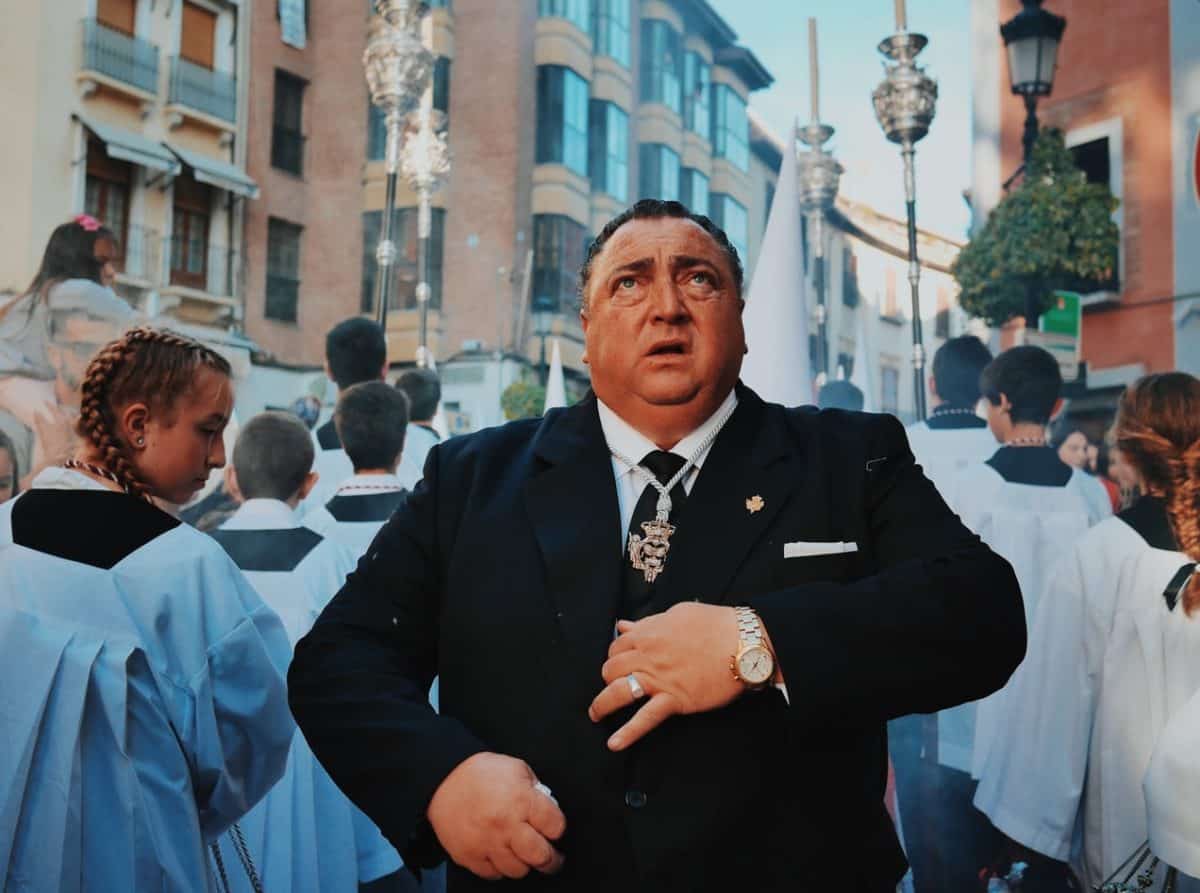 This is a big point of contention. Some Spaniards claim that Andalusian cities do it best, with their flamboyance and flair, while others prefer the more traditional parades of the Castilla y Leon region. Where you should go depends on what you want to see.

Here’s a general guide to some regional differences: 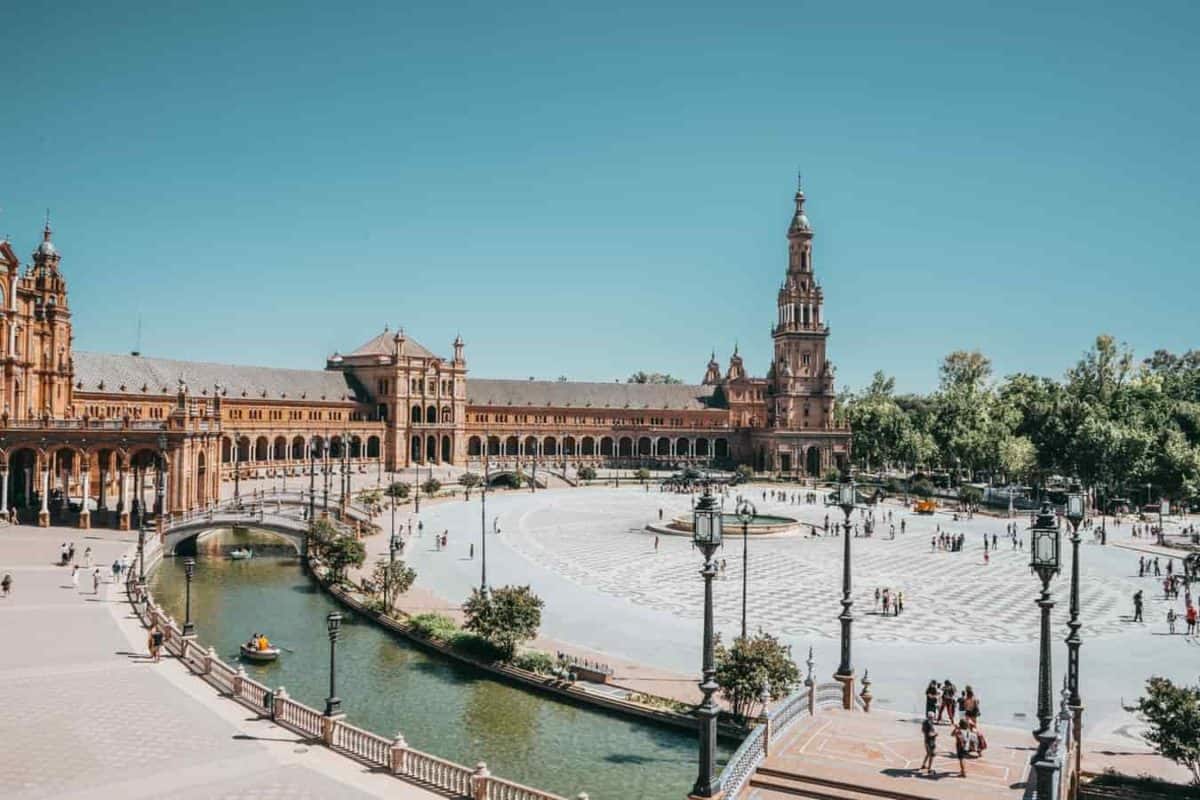 The southern region of Spain is famous for hosting the most flamboyant, lively and ornate ceremonies across the whole of the country. The cities of Seville and Malaga create the most notable celebrations in this region. Andalusian celebrations are full of passion, color and vibrancy – the closest Semana Santa comes to a carnival atmosphere.

The processions in this region can last for up to 14 hours. The pain caused to those carrying the floats is seen as an honor, as it is thought to represent the pain undergone by Christ.

Festivities in Andalusia are packed with flamenco, making them a great choice for music lovers. Local parade watchers will often burst into flamenco song from their very own balconies, creating unplanned moments of spontaneous entertainment. Many other barrages of flamenco song are pre-planned.

For big celebrations, head to Seville, where you’ll experience some of the largest Semana Santa festivities in the whole of Spain, including around 60 processions. Many argue that only Seville can offer the full Semana Santa experience, but be aware that it will be very busy, with little time for peace and quiet.

Malaga’s celebrations are slightly smaller but no less extravagant or opulent. 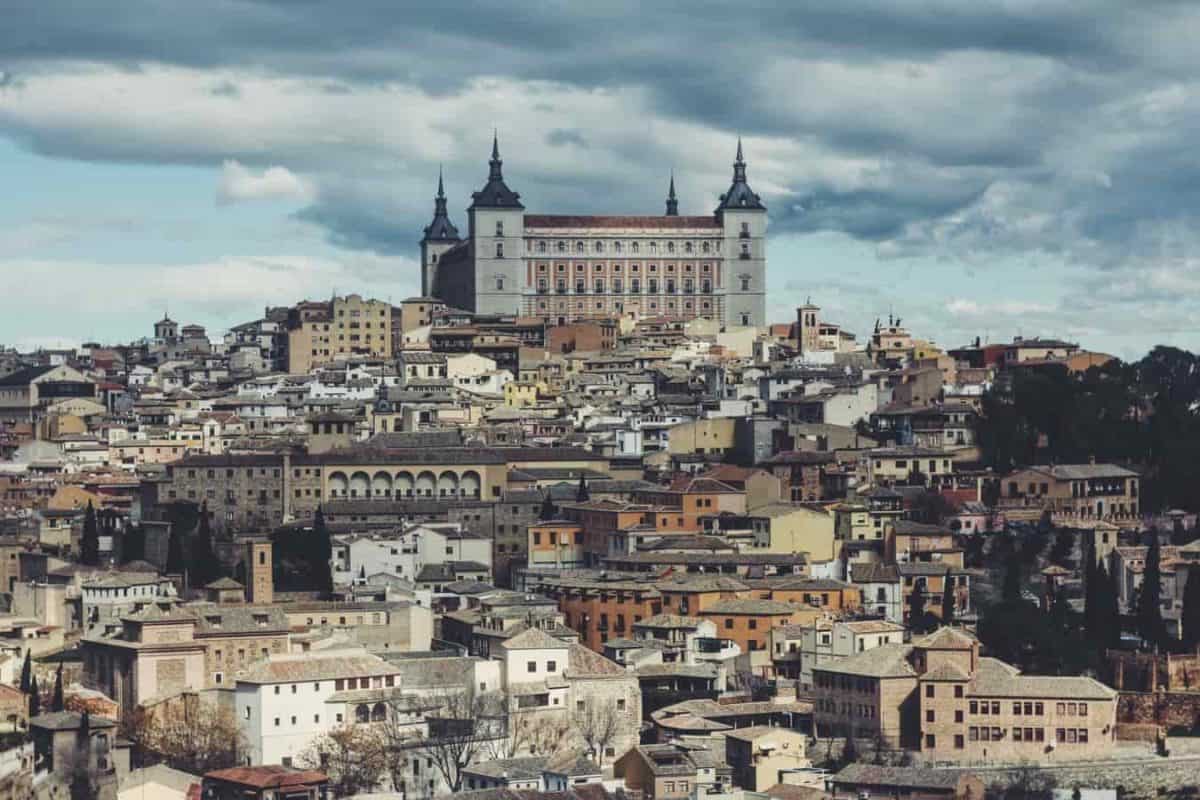 Here you’ll get more tradition and arguably, more authenticity. The celebrations in the western region of Castilla y Leon are more somber and solemn. The region’s city of Zamora lays claim to holding the oldest Semana Santa celebration in the whole of Spain, with a history dating back to 1179. Although Zamora is the smallest of the six cities in this region, its Semana Santa celebrations are the most famous.

The city of Salamanca hosts celebrations that are nearly as old. The UNESCO World Heritage Site City plays host to 16 processions across the week.

Celebrations in Castilla y Leon are claimed by many Spaniards to be the ‘real’ Semana Santa and typically last for ten days. If you want to experience processions that have somber silences, occasionally only broken by the chime of bells, this region is the best place to find it.

If you want to enjoy this festival for religious purposes, Castilla y Leon is the best region to do it. Parades here are less of a ‘celebration,’ and more of a way to pay your respects.

Smaller towns are a great way to get closer to real Spanish culture (and the real Semana Santa) without too much tourism.

Carmona, Osuna,  Estepa, Salamanca and Vallodolid are all great choices. These destinations are less tourist-centric and less busy. 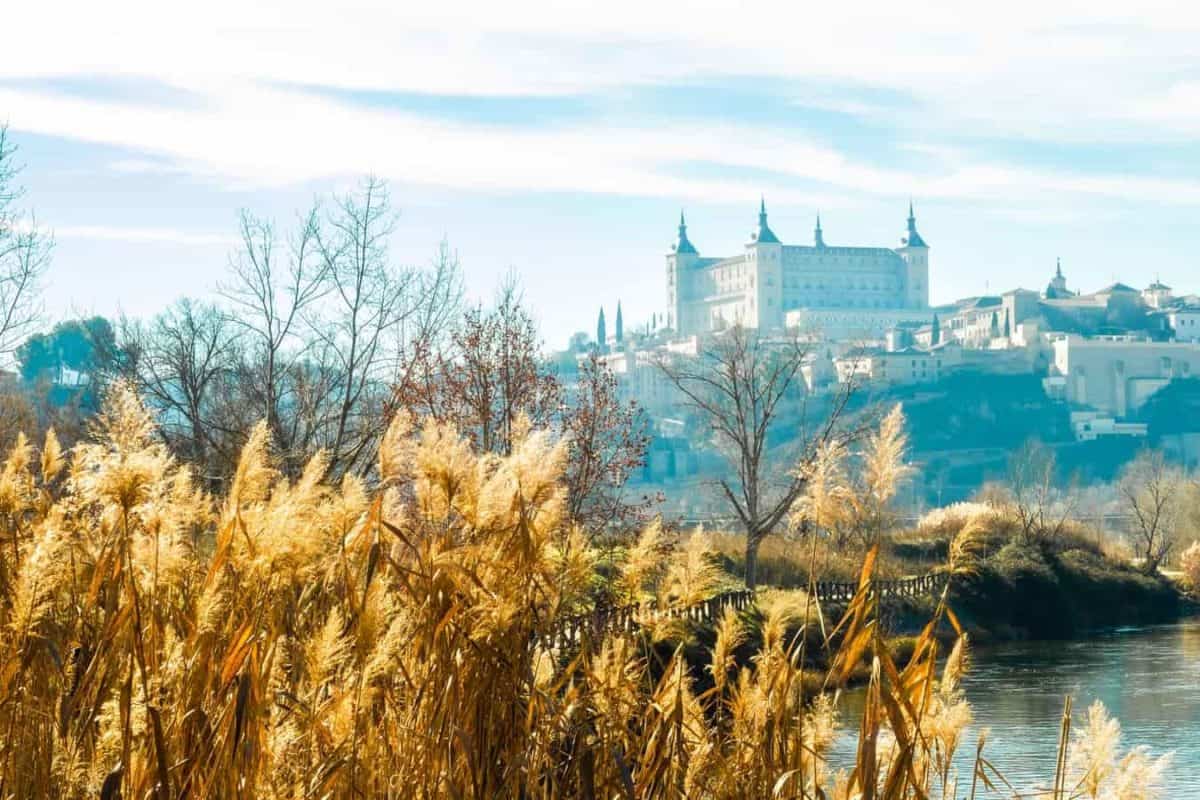 Toledo is a great option if you want a taste of Semana Santa without spending too much time involved in the celebrations. If you stay in nearby Madrid (a city which barely acknowledges the celebrations), you can travel to and from Toledo in just half an hour.

Toledo is relatively more quaint than other big celebrations, and a little less traditional. If you want a modern twist that isn’t quite as religious as other parts of Spain, Toledo is a good compromise.

Toledo celebrations last for over two weeks, which offers plenty of time for tourists looking to get involved.

Semana Santa usually features at least some rain, which can be frustrating. Although the rain doesn’t stop revelers from having a good time, it can often prevent processions, in a bid to protect the ancient floats from the rain. So you should check weather reports before you plan anything major!

Unless you’ve already been, it’s hard to understand how truly busy Semana Santa can be. It’s essential you book accommodation at least three months in advance, even if you’re going to a smaller town or city.

No matter where you choose to spend Semana Santa, you’ll experience a unique, unforgettable celebration of not only religion but of culture and tradition. Think carefully about the type of experience you want, and choose your city accordingly.

Semana Santa is truly one of the best celebrations in the world and something that everyone should experience at least once. Enjoy!