I met Mathias a day or so before Pamplona. He looked very strange with his dreadlocks, tiny rucksack and guitar. He almost had the homeless look about him, but he was young, perhaps mid-twenties.

We talked and I found out he was German, but had not lived there for several years. He had left, moving to Spain to work in a tourist resort, something that he ended up hating. So he became a hermit – that was the short story that I got, I am sure there was more. 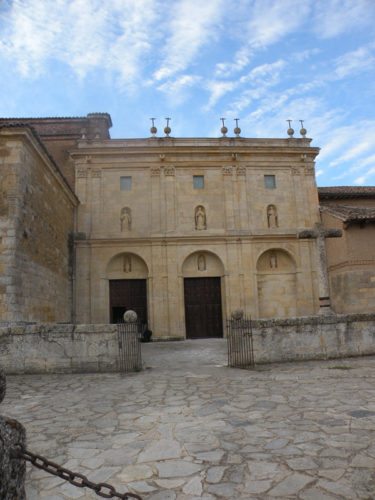 He lived in a cave, coming down from the hills at the weekend, busking to make enough money to buy food for the rest of the week. Then he went back to his hills and cave, preferring to be alone. I don’t know how he heard about the Camino de Santiago, however he thought, like most of us, that this would be a long quiet walk across northern Spain, pilgrimage they called it, but walk or trek for the non-religious.

He met a girl, a Polish girl. It ruined his plans. His plan on the Camino was to walk for a few days then stop and busk, make enough money to carry on for a few days and work his way to Santiago doing this along the Camino Francis. But he fell in love. We reached a town where he said he was going to stop for a few day and busk; next morning he was off walking and talking with the Polish girl.

I don’t know how he survived. I last saw the two of them in Leon. I don’t know what the end of the story is, a common occurrence on the Camino and in life. I know that he changed from someone who was determined to spend most of his time on his own, to someone who became part of a loose group that met every night for the two weeks or so that I knew him.

I stood back and watch all this happen, an observer. But I could have been more involved. I wanted to see what would happen. Later I thought “why did I not give him some money?” He was poor and it was causing him problems, I could have easily have given twenty or thirty Euros, it would not have made any difference to my life or time on the Camino de Santiago.

I hope he is well.

Sometimes Being a Hermit Looks Attractive

I like people.  The most fun and enjoyment I have are in the company of others.  So why this want for solitude?  I have a theory, I have theories about lots of things – but anyway…

Life is difficult, life can be hard, life throws problems in my path.  Somewhere along the road I learned to avoid these situations, to avoid pain, and therefore to avoid growing, maturing.  Some friends would call it avoidant personality disorder.  There appears to be nothing noble or worthwhile in withdrawing from people or society. 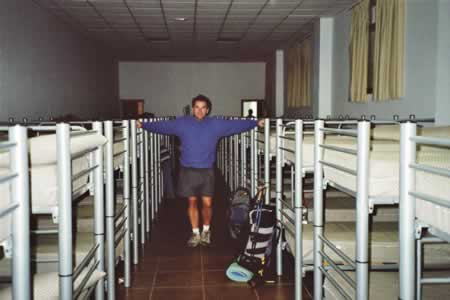 The Camino was, and is, good for me.  It pushed my defensive walls down a little.  Sharing with people I did not know, bathrooms, showers, kitchens, sleeping in rooms with other people – I had always liked my space.  In some ways talking with people on the Camino is easier than known people at home.  The baggage of the past is not there.  But eventually I go home, we all do.

The Camino got me at a point in life where I was ready, ready to listen, ready to change, and perhaps ready to take some external direction.  Today ten years after my first Camino I write most days – and I get paid for it, quite amazing I think.  When I started out on this journey I found it difficult to write 200 or 300 words on a subject – now you can’t get me to stop some days.

And still, there are those days where the adobe building in Spain or the cottage in the Scottish western highland looks attractive.  But again, there is nothing noble in running away from problems; working through and facing them is the way forward to happiness and contentment.